Qbix Platform helps any community run their own social network, moving the Web from feudalism to a free market.. But even though you have a choice of landlord, you still have a landlord. The usual technology stack of Database (MySQL), Back-end Application (PHP), Web Server (NGiNX) and Operating System (Linux) leaves many vulnerabilities that could lead to data corruption: people who have access to the back-end change the PHP scripts, or go and change data in the database.

Solutions to this problem would feature two elements:

The Web3 ecosystem is based around two technologies that enable these elements:

Note that #1 doesn’t necessarily need #2. It can be used by itself for authors to sign into websites, authenticate content they post on the internet, and so on. Blockchains are just one way for a network to operate a database that exhibits a property called Byzantine-Fault-Tolerance, i.e. the ability to maintain integrity and make progress even if up to 33% of nodes get corrupted.

The first step would be to write a suite of smart contracts that can implement the kinds of things that were previously done by a back-end database and application running in a data center. Instead of PHP and MySQL, we use EVM – a virtual machine platform that’s supported by almost all large blockchains. These smart contracts enable applications enable each member of the community to take only the actions they are allowed to do.

Now, when a lot of value or power is gathered in one place, the community can trust that it’s being handled according to the rules that everyone agreed to. Some Roles can be very valuable. Some Elections can be crucial. The total value of the currency on reserve in a community might become large. Smart Contracts massively help reduce the risks and liabilities associated with managing these things, and decentralizes decision making to members of the community.

In 2017, we spun off a company called Intercoin that has developed a growing suite of smart contracts, that work separately or together to enable communities to take care of their own affairs. To see a full list of smart contracts that Intercoin’s developed, click here: 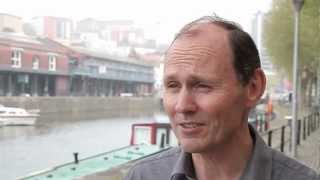 Intercoin develops much-needed Web 5.0 solutions designed to serve entire communities. Our customers can range from small groups of friends, all the way to universities, festivals, townships, or even entire cities. We empower them by giving them...

Throughout 2022, Qbix has been adding native support for integrating smart contracts built on Web3. This allows applications like tokens, roles, voting and other things to be implemented in a trustless manner where each individual actor signs their transactions, and no one – not even the server administrators – can change the database beyond what the rules of the smart contracts allow.

Support for Web3 is built into the Users plugin, a core plugin that is used by most other plugins and apps on the Qbix Platform. It enables “Log in with Wallet”, allowing people to securely authenticate with Qbix websites without relying on a third party. It enables generic support for Web3 transactions, contracts, and contract factories. Other plugins, like Assets, build on top of this support NFTs (ERC20) and Currencies (ERC20) on EVM platforms like Ethereum MainNet, Binance Smart Chain and Polygon.